Balance, peace, and joy are the fruit of a successful life. It starts with recognizing your talents and finding ways to serve others by using them. -Thomas Kincade, 1958-2012 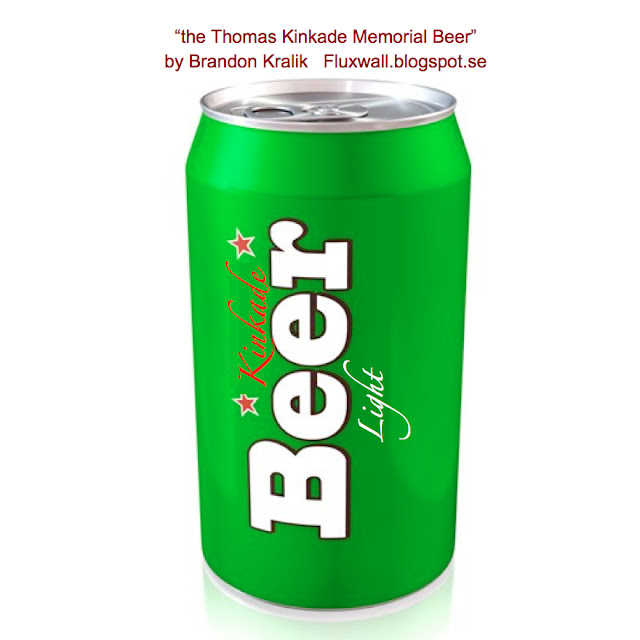 I can only think of one person that I know has a Thomas Kinkade print even though he was the most widely collected and richest artist in the world.


She is a single mother, a nurse who works long hours with the most tragic situations that people can find themselves in.  She does not need a reminder of the horrors of the human condition.  When she is able to find a moment for herself in her home she spend evenings reading classics and looking into the tranquil twilight landscape of her Thomas Kinkade print.  Its purpose is, as Kincade intended, and as my  life long friend attests to, is to comfort her with the light that emanates from within the cottage, the home, the light that forms pools outside the windows and that harmonizes with the landscape.  I know that this print has helped make her small condominium in the city an oasis from the harsh realities of her “real” world responsibilities.

Thomas Kinkade's childhood home as he painted it and as it really was.


Kinkade clearly idealized the world into a place that people were comfortable in.  He didn’t paint things, such as his childhood home, pictured here, as a passer-by might see them but as he felt they should be, as a child would imagine them, full of the smell of mother’s cooking, her scrimping and saving and thoughtfulness in making even the leanest Chritmas’s bright.


Think about it though, isn’t that “the Secret” that Rhonda Byrne is talking about?  Of visualizing what we want, how it SHOULD be instead of how it “really” is and by doing so we manifest a new reality?  It starts with the feeling and if we do not have the feeling we desire in our homes then where shall we find it?  Thomas Kinkade provided people with images that made them feel better, which was true to his own intention and true to the desire of his collector’s to gaze upon something that gives them a peaceful message.  Where is the harm in that?  And yet I was told in Art school that this sort of painting was unaccepted and the accepted art of our time was, well, different.

In a recent article in the Gaurdian Michael Darling, chief curator of the Chicago Museum of Contemporary Art said, "I think the reason you probably aren't going to find his work in many museums, if any, is that there really wasn't anything very innovative about what he was doing.  I really think that he didn't bring anything new to art."
Should that be the criteria for a valuable piece of art?  Is it?  Or should the criteria be determined by what we like to look at regardless of whether it is new or not?  What if the criteria were aligned with what was eternal instead of what is temporary?  Doesn’t that make more sense?  Do we tire of the lavendar sunsets over the Seine?  Are we so base and uneducated that we prefer this over colored dots or the brashly displayed middle finger?
Do you trust your own judgement as to what is good or do you let the authorities decide that for you?

Art by Ai Weiwei and a Painting by Odd Nerdrum


It is often helpful, in determining which picture is best if you


compare the images side by side and
decide for yourself.

Ask yourself, why is one painter who lived in one century in museum collections and another who painted similar motifs relegated to the dustbin of history?  Is it all about who did what first? Do you believe that is important?  Do you consider it a factor when you look at a painting and say “ I like that”?

Is one thing GREAT and another SHLOCK because you are told so or because you have decided so based on your own personal perceptions about it?

Starry Night by Vincent Van Gogh, 1889 and I'll be home for Christmas by Thomas Kinkade, 1997


What criteria do you use when choosing artwork for your home?

Winter Glen by Thomas Kincade, 1999 and Frozen Stream by Clyde Aspevig, 2009
Thomas Kinkade had three galleries in Lahaina when I moved there in 1996. THREE!  I went into one of them, once.  Personally I do not care for Thomas Kincade and believed he was not a TRUE ARTIST.  He was kitsch before I understood what that word meant.  I used it to describe him negatively then because I thought he was painting for the market and now I use it as a positive because I believe he was sincere in using his talent to help people.  To send a positive message.   He painted representationally in a non-representational art world so, naturally he was forced to market his work in creative ways.  I am not saying that Kincade's work is great or that it is High Kitsch but kitsch he most certainly is.  It is clearly too well done and sincere to be accepted as art.

Other “respected" galleries in town had Keith Harring prints and Kostabi paintings which were produced in a factory type setting like Warhol and Koons and Hirsch have done.  These were TRUE ARTISTS.  Right?  or...?
What is what here?

"I think the art world... is a very small pond, and it's a very inbred pond. They rely on information from an elect elite sect of galleries, primarily in New York."
-Thomas Kinkade


At least Kinkade painted his own paintings.  Eventually I had to ask myself if I thought him inferior because he was such a brilliant marketer.  No.  I liked Warhol precisely BECAUSE he was a brilliant marketer.  It is easy to put Kinkade off as a hack but, what if he was painting exactly what his spirit told him to paint?  If the market happens to like what you are doing and pays you well for your talent, does that make it kitsch?
Kincade himself said, "All forms of art reproduction have meaning to some body of people.”  Is there anything wrong with reproducing art for the masses?  Warhol didn't think so.   Should it be only the Rolling Stones that enjoy thier own songs or should they reproduce it for the masses?   If it wasn't for reproductions of the Mona Lisa would we even know it existed? 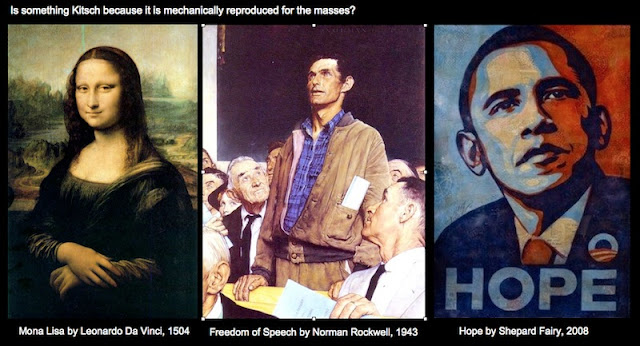 Has it been decided for us that something that is mass produced is kitsch and therefore worthless?  Does it matter that we didn’t read the original manuscript of the Bible but rather just a copy of it?  Does it matter that we enjoyed the movie Titanic by throwing in a cheap copy of the film?  Is our education cheapened somehow because we learned about paintings from a book?  Are reproductions of originals automatically kitsch?  What do you think?

The First Mourning by William Bouguereau, 1888 and The Cycle of Terror and Tragedy (detail) by Graydon Parrish, 2006

Is something kitsch because it is


painted well or because it is not painted


well?  Can you tell the difference? 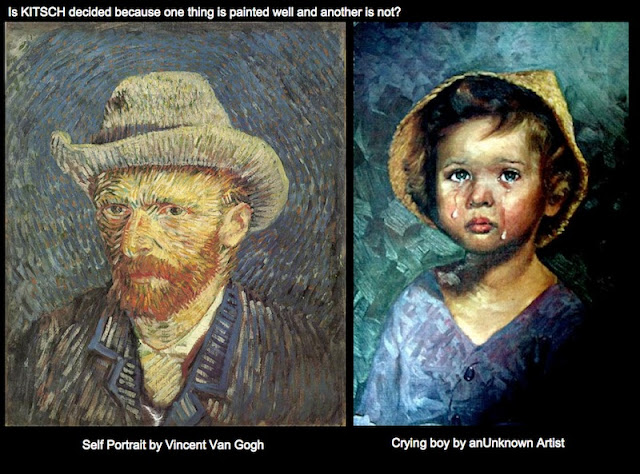 Will I miss Thomas Kinkade?  No.  There are many Painters whose work I prefer.  Still, even though I may not like how he painted I respect his right to paint that way and I admire that he made a living sharing his gift with others who found comfort in his work.  No small accomplishment.


For having recognized his talents and for finding a way to help others with them I crack a beer in honor of the late Thomas Kincade and wander off into the light, as it should be.  CHEERS!
-Brandon

To learn more about why the Art world is what it is and why talent and craftsmanship were squeezed out, here are some books I can recommend: 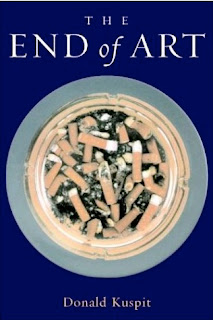 The End of Art by Donald Kuspit 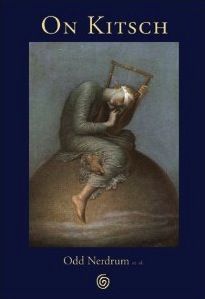 On Kitsch by Odd Nerdrum and others 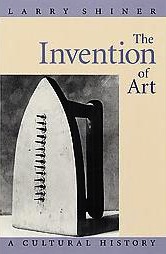 The Invention of Art by Larry Shiner 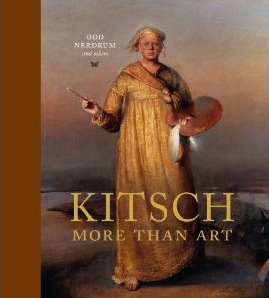 Posted by Brandon Kralik at 6:52 PM 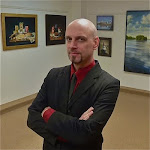